Guest post by Sarah Cain and Thomas Corriher from The Health Wyze Report. 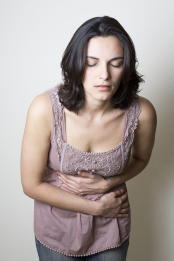 Celiac disease affects around 3,000,000 people in the United States, and this disease becomes more prevalent each year. As with practically all modern epidemics, lifestyle and diet are very closely related to it. About a year ago, we encountered a lady from WikiAnswers who was suffering with celiac disease. She had undergone multiple surgeries, and had spent years taking antibiotics (God only knows how much money was spent). At the time, we were not running a magazine, health show, or health-related blog, so we did not publish our research about this disease. I was recently asked by another lady about her own diagnosis of celiac disease, which reminded us of how common this condition is. By publishing our research now, we hope to help such people. Please let us know if you are one of those people, because we love hearing from our readers, and from people we have been able to help.

Celiac disease needs not be as horrible as the medical establishment portrays it to be. Celiac disease is easily treatable, and completely curable, with minimal cost and trouble. The rate of recovery will be dependent upon the severity of the case, and how religiously the patient adheres to the treatment protocol. With proper treatment, it is estimated to take between one and five years for a complete recovery, but vast improvements in a patient’s quality of life can be expected much sooner. We have seen a full recovery that required much less than a year.

What Is Celiac Disease?

In the intestinal tract there are living microbes. The good bacteria are called flora, and the harmful bacteria are called candida (ie. yeast). In health, the candida should be in the minority, and should usually be overrun by the flora. Flora keeps the yeast in-check in a healthy individual. However, this ideal state is not common nowadays. With celiac disease, there is often so much candida (yeast overgrowth) in the intestinal tract that the immune system begins attacking the intestinal tract itself, because this part of the body has been detected as dangerously toxic. Celiac disease is this panic response by the immune system. For people suffering with it, starchy (glutenous) foods are especially aggravating to their already panicked immune systems. These foods are likely to trigger hyper-immune responses causing extreme irritation and spasms. The disease makes the digestion of fats especially difficult.

Because the immune systems are so over driven in celiac patients, their risks of developing other serious heath problems, including cancers, are increased exponentially. Celiac victims are at an especially high risk of developing other serious health problems if they are trying to suppress its symptoms with pharmaceuticals. Therefore, eliminating celiac disease naturally will yield far reaching benefits into the future.

The medical monopoly is correct about attributing it to the small intestine. In our bodies, the small intestine is responsible for the absorption of food nutrients. When someone with celiac disease ingests foods that contain gluten, the body produces antibodies that attack the small intestine, and in particular, the villi. As you read further, you will learn that the body has good (even life-saving) reasons for doing this.

The villi are tiny hair-like projections that line the small intestine, which siphon nutrients into the blood stream. Without healthy villi, a body is unable to absorb the proteins, carbohydrates, fats, vitamins and minerals it needs, regardless of how much is eaten, or how high the quality of foods are. Over time, the nutrient deprivation caused by an untreated case of celiac disease inevitably leads to malnutrition and secondary health problems.

The cause of celiac disease is ‘officially’ unknown, but it is typically seen after crises which stress a body’s flora and immune system, such as, after a pregnancy, surgery, severe emotional crisis, or pharmaceuticals. These causes seem appropriate from what we know about celiac disease, even if a cause and effect relationship is not ‘scientific’ enough for the medical establishment, any more than taking responsibility for what they have done to us.

Curing celiac disease depends on repopulating the intestinal tract with helpful flora microbes. They will aid in digestion; returning nutrients to the body again, and they will cripple the destructive yeast. Regardless of how much one eats, the continual condition of yeast overgrowth will leave a person malnourished, low in oxygen, low in energy, susceptible to infections, and full of toxins.

How History Was Ignored and Rewritten

By the late 1940s, Dr. Sidney Valentine Haas was well-known for his treatment of celiac patients with the Specific Carbohydrate Diet, a dietary plan that eliminates the indigestible (to a celiac patient) processed carbohydrates in grains, sugars, and milk. Without constant aggravations from these artificially manufactured carbohydrates, the intestine will heal itself within as little as a year, relieving all sign and symptoms of celiac and other intestinal disorders.

Despite great success with his patients and some acclaim, Dr. Haas’ theory of celiac disease was overruled by a 1952 Lancet report (based on only 10 test subjects), which suggested that gluten protein intolerance might be the “real culprit” of celiac disease. Researcher Elaine Gottschall concluded that over simplicity was an attractive factor for the medical community’s linking of celiac disease with gluten intolerance, which sadly continues to the present day.

Gluten intolerance is hardly enough to explain celiac disease, since not all symptoms disappear when gluten is eliminated from the diet. In some cases, avoiding gluten alleviates many of the most troubling symptoms, but there is no healing in the small intestine, making the patient highly prone to having additional problems at a later date. As seen with most diseases, this provides another example of the medical establishment simplistically treating symptoms, without making a good faith effort to cure. Gottschall explained that the allopathic regimen does not result in healing the intestinal wall, but she was, of course, ignored. Celiac patients who avoid all gluten still continue to demonstrate deformed cells in the intestinal wall — an unmistakable indication that something in the body is still out of balance — that there is still a state of dis-ease.

When a person successfully avoids all processed (chemically engineered) starches and the polysaccharides (complex sugars) which aggravate celiac (and various other intestinal conditions), his body’s intestinal wall will actually heal itself. Cells will be healthy, and test normal after a period of one to five years on the diet.

According to the research of Dr. Haas, and his son, Dr. Merrill P. Haas, the cause of celiac disease is not gluten, but chemically bastardized sugars. Certain complex carbohydrates have a structure making them difficult for the digestive system to break down. These disaccharide and polysaccharide sugars are left unabsorbed in the intestine, feeding bacterial overgrowth and fueling inflammatory damage to the intestinal wall.

How To Cure Celiac Disease

These things can be accomplished merely through nutritional changes, but herbal supplements will help to greatly accelerate the process. Items should only be purchased from a health food store, because the supplements found in major retailers cannot be trusted.

The treatment suggestions below may seem overwhelming at first glance, but the options we see as critical are marked with a star (*).

Changes To Your Diet

If you proceed rapidly with the suggestions above, it is possible that you will actually feel sicker before you feel better. This is because the yeast cultures will release toxins as they die — literally rotting inside you, and releasing ammonia compounds. Therefore, it is important to have a high fluid intake, especiallyif you feel sick or weak. We recommend green tea as an alternative stimulating drink, and perhaps some ginseng. Fluids will aid the body in expelling the dead critters. Feeling sicker initially is often a side effect of alternative medicines, because alternative medicines treat the causes of illnesses, instead of merely treating (“managing”) symptoms, as is the case with the medical monopoly.

We noticed in our research a familiar pattern. Many of the sites discussing celiac disease, and the Specific Carbohydrate Diet are full of disinformation. We also noticed that most of these sites are untraceable by ‘whois’ lookups, and various other Internet tracking methods. This can be no accident. Perhaps these sites are ‘sponsored’ by the American Medical Association, or a partner organization abroad. Take for instance, some of them advise readers to avoid yogurt, which is at the core of actually curing this condition. Again, this disinformation cannot possibly be accidental, because the particulars of this diet are already well known and documented. In fact, the phrase ‘Specific Carbohydrate Diet’ is trademarked, to prevent this sort of behavior. The obvious goal is to deceive us into remaining sick, and completely dependent upon their system. We work tediously to separate the disinformation intended to keep us as perpetual ‘consumers’ of the medical establishment, because they want our diseases to be ‘managed’, like a form of slavery.

The major search engines always rank these mystery disinformation sites high, so we have to wonder what kind of back room agreements and policies are being made. We miss the good old days when Google’s motto was, “We’re not evil.” I guess they cannot say that anymore.

Transformers: Doctors in Disguise – To read about how the Internet is used by the medical establishment to conduct a health disinformation war.