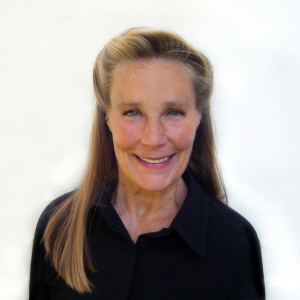 This is a guest post by Pamela Gerry. Registered Nurses, who are also Certified Colonic Therapists, are a rare breed; in fact, Pamela is the only RN, CCT in the Tri-state area. Pamela Gerry has been an RN since 1975. She apprenticed as a colonic therapist in Boston in 1978, then took a refresher course to earn her certification as a CCT. (Certified Colonic Therapist.) In 2004, she traveled to Vancouver to obtain the certification offered by Prime Pacific Health Innovations , because her research indicated that this clinical experience, coupled with the academic piece provided by Boucher College of Naturopathic Medicine, would provide her with the state-of-the-art foundation that she wanted to offer her clients. I invite you to visit Pam’s website, Health Lyceum, and hope you enjoy her post.

Perhaps it’s because as Americans, we subliminally think of ourselves as being too sophisticated, too sanitary, and too savvy to be plagued with a “Third World” malady like worm or parasite infestation, but the truth is, up to 70% of us will experience this condition during our lifetimes; some of us will recognize it; most of us won’t. The problem is, parasitic and worm invasion mimics many other health issues, and most patients will be treated for the symptoms they cause, but not to eradicate them.

In my work as a colon hydro-therapist, lately 50-60% of the clients I see each week present with either yeast overgrowth, worms or parasites; a combination of 2, or all 3. Since only 30% of parasites are visible to the naked eye there is likely much more going on than what I can actually see. The following factors contribute to the increased risk of parasitic infection: more international travel; increased use of day-care centers; increased use of antibiotics; popularity of household pets; immigrant influx from infested areas; returning military from overseas; more dining out.

The mode of transmission can take place much easier than imagined. Food and water are the most common sources of parasite-based illness. It is estimated that over 50% of our lakes, rivers and streams are infected with Giardia. It only takes a tiny bit of swallowed water for recreational swimmers and scuba divers to become infected. If municipal water supplies do not use both chlorination and filtration, Giardia can pass through. Also, fruits and vegetables are a common mode of infestation, and they should be vigorously scrubbed before they are eaten. Some countries that we import produce from use human waste or animal manure for fertilizer. (Another good reason to support your local CSA!) It is also a good idea to soak your produce in vinegar before scrubbing, if you are unsure of its origin. Meat that is uncooked or under-cooked and raw fish in sushi are both potential sources of parasites and worms. Eating at public salad bars and out in restaurants is a bit more risky than eating at home.

When we snuggle with or groom our pets, we can be at risk of infection. When a cat or dog licks its bottom, then licks our face, potentially thousands of eggs can be deposited into our bodies. Dust bunnies in our homes can harbor microscopic eggs from resident pets. When we walk barefooted we come in contact with worms and insects. Fleas, ticks, mosquitoes, lice, and any biting insect can transmit protozoa- (one celled parasites) – to humans. Parasite eggs can survive for 2 days outside of a host, like in the fibers of a dollar bill, or on a salt shaker on the table of your booth at the local restaurant. Get the picture? They can be anywhere…

Symptoms of parasite infection can include: bloated abdomen, gas (no matter what you eat), dark circles under eyes, anemia, skin issues, sleep disturbance, bowel problems that can alternate between constipation and diarrhea, dizziness, sinus congestion, tummy ache, teeth grinding or clenching, drooling while asleep, inability to gain or lose weight,- (in very thin people, parasites eat the incoming nutritional content, robbing them of calories and nutrients; in overweight people, their satiety signal never goes on, so they just keep overeating)- muscle and joint complaints, hypoglycemia, cysts and fibroids, water retention, fatigue, eczema, seizure activity. Often, patients will be treated for these symptoms and not for the underlying parasitical cause, because Parasitology is not included as core curriculum in medical school. Offered as an elective, many med students figure that unless they are going into the fields of Infectious Disease or Tropical Medicine, they will not have much use for it. Anyone who has difficulty overcoming illness, who has chronic fatigue, or is plagued with a malady no one can seem to get a handle on, would do well to consider that the underlying issue might be parasites.

Parasites cause harm to the human host by robbing its nutrients and by contaminating the host bloodstream with toxic waste. Because this waste is considered neuro-toxic, it especially impacts the central nervous system, causing depression, anxiety, irritability, unclear thinking, and forgetfulness. Parasite urine is ammonia, and when this gets into the bloodstream, it impacts every organ, tissue and system. Over time, acidity, congestion, stagnation, and then finally inflammation begin the disease cascade.

In the 1940’s, throughout the USA, it was not uncommon for mothers to de-worm their families. Speaking with older folks, they will recall, “Mom gave us something in the spring and the fall, to cleanse our systems from worms- (typically using castor oil, herbs and diatomaceous earth). She also was quick to take out the enema bag if we ever had a headache or appeared to be coming down with something.” Seems there was common knowledge driving these practices, which has now fallen out of favor. They understood that the colon is Command Central and gave it more attention than contemporary moms do.

As an RN/ colon hydro-therapist, I deal almost exclusively with gut/intestinal issues. 50% of my clients come in with dybiosis symptoms, – (chiefly bloating/gas- if this has been a chronic situation, it means that there is microbial imbalance in the system- (as opposed to being the result of poor food combining or drinking with meals…)). How many of us can navigate through the mine field of precursing factors for creating imbalance through: antibiotic use, steroid use, birth control pills, multiple pregnancies, chlorinated water, stress, alcohol excess, sugar excess, and come through unscathed? Couple with that our national proclivity for eating refined carbs, and voila; the Perfect Storm. Over time, this imbalance extends itself to include every system and function of the human organism, because it won’t revert on its own without using agents to reduce yeast, worms and parasites, then repopulating the friendly bacteria. Even using many fermented foods won’t insure regaining balance, because probiotics will not thrive once terrain has been taken hostage. When I do a colonic irrigation, if there is yeast, it will ‘show up’ as foam in the waste tube. This is not a definitive diagnostic, but coupled with history and symptoms, I will then suggest a candida ‘cleanse’. While I’ve been an RN for 37 years now, I’ve been dealing professionally in this area for 8 years, and I am most impressed with the agent Candisol. This is not available over-the-counter because as the enzymes begin to disintegrate the yeast, – (not killing by poisoning) – some people respond with more intensity than others, (usually this is an indication of the degree of overgrowth), and experienced practitioners need to set the protocol.

More Than Meets the Eye

For the past 5 years, I have been convinced that we have an undiagnosed epidemic of Candida, but I must tell you, within the last 3 months, the dots have finally all connected, and I now feel very strongly that Candida is but the tip of the iceberg, and what slithers beneath the surface are worms and parasites. I have been seeing ‘things’ in the waste-water for a long time, and I’d often make a note on the chart, “looks like dozens of rolled up tomato skins; looks like strands of spaghetti…..” After studying many, many books on parasites and visiting sites with pictures posted from anxious citizens asking “do you know what this is?”, (and not often seeing a response), I am still a neophyte in this area, but because my colonic instrument offers me a window to see intestinal residents, I have a much more accurate understanding of the enormity of the issue than most other specialists do. It’s now easy to identify threadworms, roundworms, flatworms, flukes, pinworms and nests. (And 70% of the ‘critters’ are not visible to the naked eye…) Occasionally, I have had clients who responded somewhat to Candisol, but their symptoms never totally resolved. I now know why; underlying, accompanying parasite infestation. Where there is Candida, there are often worms/parasites, but that is not to say that some people do just have Candida overgrowth, and while resolution is attainable, vigilance will be a lifetime dance. Learning to know the first Red Flag symptoms signals the time to tighten disciplines and use agents.

This site sums up the current state of affairs regarding parasitical infestation in the USA – Humaworm. When this all dawned on me, I didn’t sleep that night. I could think of 25 clients, family members, and friends who had symptoms that fit the profile of having parasite infestation. I am convinced that many, many people are treated for symptoms of anemia, hypothyroidism, hypoglycemia, chronic fatigue, hypoadrenalism, chronic respiratory issues, depression, endometriosis, cystic acne, fibromyalgia, arthritis, (the list goes on and on including many chronic conditions), when the underlying cause is often parasites, but this is most often not considered.

Sorry to open this ‘can of worms’ for you, but if you’d like more information, a good entry-level book on this topic is Guess What Came to Dinner?: Parasites and Your Health

by Ann Louise Gittleman. If you have been struggling to discover just what’s wrong with you, and you can’t seem to make any headway, an easy place to start would be to have a colonic irrigation, to allow your therapist to ‘see’ if alien residents are present, so that you can begin the eviction process. You could also have your PCP order a stool analysis for you, but understand that unless the lab that does the test specializes in parasite identification, it is likely your sample will be judged a ‘false negative’. Microscopic identification of parasites needs to be done by experts who do these tests 5 days a week, not someone who usually does blood or urine samples, who can likely identify Giardia, but might not have expertise beyond that. Great Plains Lab examines stool samples all day, 5 days a week and is the nation’s best. In the big picture, doing a parasite cleanse using Humaworm is a benign experience, is inexpensive, and will slam the door shut if any invaders are hovering. I like the idea of de-worming in the spring and in the fall, and have now adopted that into my lifestyle. It surely couldn’t hurt!