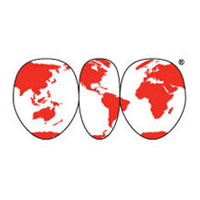 The Weston A Price Foundation is asking all US citizens to mobilize to SUPPORT President-Elect Donald Trump’s decision to create a vaccine safety commission. Yesterday, Robert F. Kennedy, Jr. was asked by Trump to chair a commission on vaccine safety and integrity and now the media is directing intense criticism at both Trump and Kennedy.

Robert F. Kennedy, Jr. has accepted the position as chair of the commission as announced in an interview with CNN in Trump Tower. The media is scrambling and doing everything in their power to discredit Kennedy and Trump by labeling them as anti-vaccine and disseminating information that vaccines do not cause injury. http://www.cnn.com/2017/01/10/politics/robert-f-kennedy-jr-donald-trump-vaccine-commission/index.html

We must do everything in our power to let President-Elect Trump know he is well supported in his decision to investigate the safety and integrity of vaccines.

We recommend you read this article for a more accurate portrayal of Robert F. Kennedy, Jr. http://www.jeffereyjaxen.com/blog/trump-taps-robert-f-kennedy-jr-to-head-new-commission-on-vaccine-safety-and-scientific-integrity

1)    You implore President-Elect Donald trump to stand strong and not allow corporate America to influence his decision to create a commission on vaccine safety and scientific integrity. You also support Robert F. Kennedy, Jr. to chair the commission.

2)    Tell President-Elect Trump why the vaccine issue is important to you. Why this is personal to you: a vaccine reaction in someone you know that you believe has led to vaccine injury.

4)    Regarding CNN and their one-sided pro-vaccine reporting, you would like to inform them that there are over 100 credible scientific papers showing a connection between autism and vaccines. You would be happy to forward this link to any reporter. https://www.scribd.com/doc/220807175/128-Research-Papers-Supporting-the-Vaccine-Autism-Link

5)    You would also be happy to forward a link to The Greater Good’s website that has over 200 peer reviewed articles showing the various dangers of vaccines to any reporter. http://www.greatergoodmovie.org/learn-more/science/

6)    Ask CNN why they would not be in support of safe vaccines or scientific integrity.

7)    You believe it is time for vaccine safety studies to be done properly. It is not okay for example, that vaccines are exempt from double-blind placebo studies and are not studied in conjunction with the childhood schedule.

8)    Vaccine injuries are real. The safety of vaccines is not absolute and no medical doctor would sign a statement that vaccine safety is absolute. The Supreme Court recognizes vaccines to be “unavoidably unsafe” and do cause injury and death in some recipients. https://www.supremecourt.gov/opinions/10pdf/09-152.pdf The US government has paid out more than $3 billion to the victims of vaccine injury. Hundreds of thousands have reported an adverse reaction to vaccination to the Vaccine Adverse Reaction Reporting System (VAERS.) http://www.cdc.gov/vaccinesafety/ensuringsafety/monitoring/vaers/

9)    In the past 5 years, drug makers have paid the U.S. Government 19.2 billion in criminal and civil FRAUD penalties. Skepticism of the pharmaceutical industry is well deserved.

10) Children today receive 69 doses of vaccines for 16 different viral and bacterial illnesses which more than doubles the government childhood schedule of 34 doses of 11 different vaccines in the year 2000. We must demand proper research into each and every one of these vaccines that are often mandated.

11) Vaccine makers and the healthcare providers who administer them bear zero liability for vaccine injuries and deaths. Vaccine makers have no incentive to make vaccines safe.

12) Vaccine package inserts warn of the risk of brain damage, life-threatening allergy, and death and no one knows in advance whom a vaccine will harm.

13) It is critical that the commission investigate the MANY instances of fraud related to vaccines and safety. You have DEEP concerns about vaccine safety studies conducted at CDC and alleged manipulation of data. You would like senior CDC scientist, Dr. William Thompson to be called to testify about his findings in the Yates Hazlehurst vaccine/autism court case AND to Congress. http://www.westonaprice.org/press/cdc-whistleblower-extend-mmr-vaccine-fraud/

14) Encourage both President-Elect Donald Trump and news agencies like CNN to view the documentaries The Greater Good and Vaxxed. Perhaps offer to purchase a stream and send them the films. http://www.greatergoodmovie.org/store/ and http://vaxxedthemovie.com/stream/